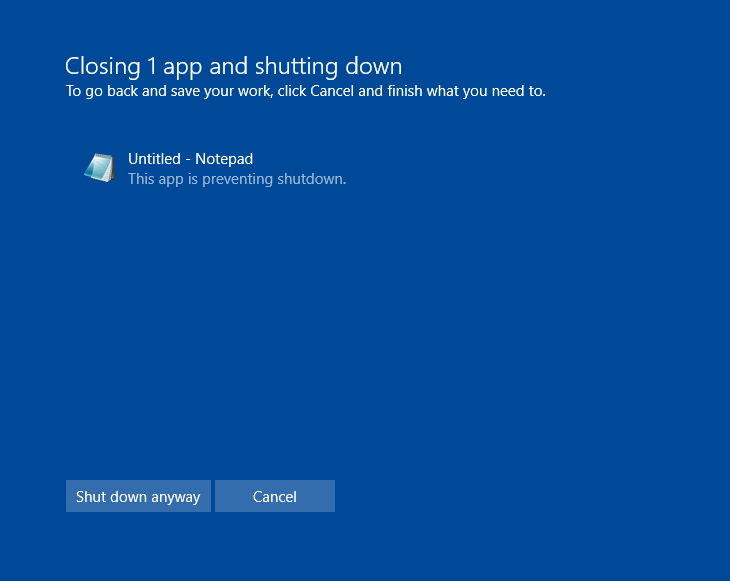 In addition to installing software I need, another thing I also do when setting up a new computer is enabling the following group policy option for Turn off automatic termination of applications that block or cancel shutdown. It’s in the Shutdown Options part of the group policy editor (you will need the Professional edition of Windows for this). What does it do and why is needed?

This option controls the Shutdown UI that gets shown when you have an application that blocks shutdown. Since Windows Vista, the following UI is show on shutdown. What problem did it solve?

However this dialog creates issues of it’s own. It gives you two options that aren’t really helpful. Shut down anyway and Cancel. Shutdown anyway means exactly that. It means possibly losing work and important state. And choosing cancel doesn’t help because you’re back to square one of trying to shutdown.

It would be nice if there was a way to respond to applications that are blocking shutdown and save your work as necessary. However the dialog is full screen and doesn’t allow switching to other applications.

Ideally most applications would be smart enough to save their current state and restore it when on reboot instead of blocking shutdown. For instance if you had a document you had modified the application would save the modified document to a temporary document and restore that when it was run after restart. However until that happens I find disabling the shutdown dialog allows me to restart without losing work.