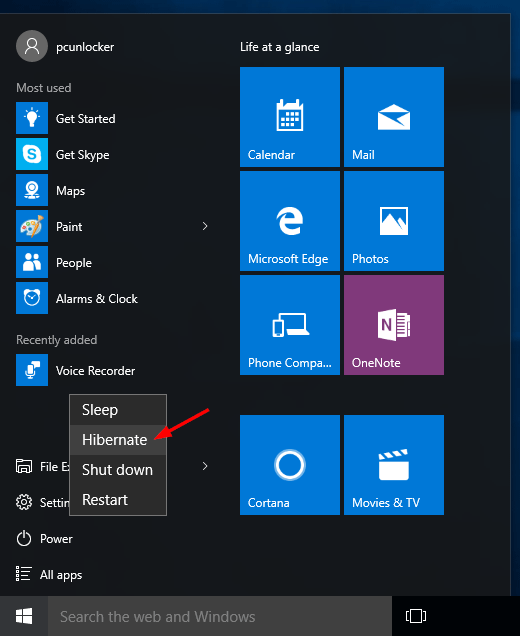 Your computer has several power options such as Shutdown, Sleep or Hibernate. Some users have their computers run all day and all night while others prefer to shut down once done using. Here’s a simple guide to help you know which options to use, when and why.

Shutdown
Shut down is suitable when you want to turn off the power to the computer or when you do not plan to use it for several days. When you shutdown your computer, all running programs close and the operating system also shuts down. The now off’ computer uses little or no power at all. The only major inconvenience with shutting down your computer is the other process of restarting the machine again: the booting process, involves initializing of hardware and loading of system and programs. This usually takes time and considerable strain on the battery if and when it’s a machine running on battery power.

Many computer users would rather hibernate their machines rather than shutdown to avoid the long booting process. However, some computers or software may not work properly when resuming from hibernate, in which case you’ll want to shut down your computer instead. Shut down is also most effective in saving power.

Sleep/Standby
Sleep is basically the computer’s standby mode. It keeps your current session in memory and puts the computer in a low-power state enabling you to quickly resume working. The Sleep or Standby mode puts your computers core hardware e.g. processor and RAM and Motherboard in a state of minimal activity and at the same time leave Input/output devices off such as the monitor– helping save even more power. A great advantage of the Sleep mode is that when resuming work on the computer, you won’t have to wait for a full boot process. The computer simply “wakes up” and everything is where you left it off. However, this option uses more power than the Shut Down or the Hibernate options.

The sleep option is quite useful when you are stepping away from the computer for short periods of time. It helps save electricity and battery power for battery powered machines and your work is always a click away when you return.

Hibernate
The Hibernate option saves your session and restores the programs and documents when the computer is switched on. This option requires no power. The computer simply copies an image to your hard disk of the current running programs and system state which the computer restores when it comes out of hibernation.  However, it takes longer to bring the system out of hibernation than out of standby. But system state is still restored– You get to work where you left off without having to reopen programs and documents you had running, just like in Sleep mode.

The Hibernate option saves more power than the sleep option. It’s most effective when you do not have the intention to use the computer for a longer period of time. E.g. when you want to go to bed at night and hope to resume work in the morning. It helps save more electricity and battery power.