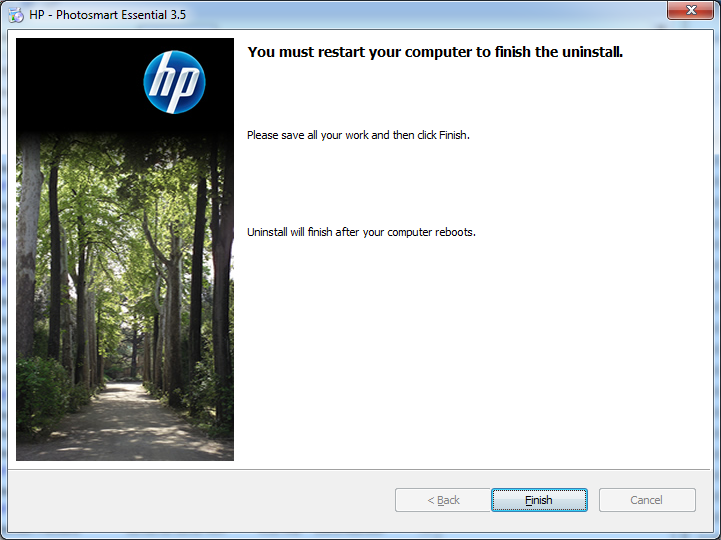 One of the most frustrating parts of uninstalling software is the restart prompt that sometimes appears at the end. The user wants to get rid of some piece of software but now the software wants to restart the system to complete the uninstallation. Most of the times the reboots are actually not even necessary. In fact most software should be able to remove themselves without requiring a reboot. What are the factors involved? 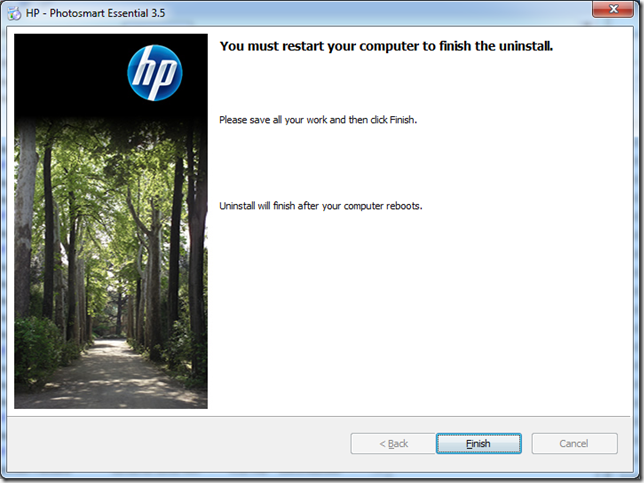 The primary reason for an uninstaller requiring a restart is because its trying to remove a file that is in use. Plugins like shell extensions generally can be loaded into several different programs. As a result it makes it difficult to remove these files since the program being uninstalled does not have control over the loading of it’s files.

Although, the uninstaller can ask the user to close the open applications that are using the file; some of the programs using the files may not have a visible user interface so these can’t be shutdown.

How About Windows Restart Manager – Does It Help?

The Windows Restart Manager (in Windows Vista and later) helps to facilitate uninstalling programs that have files in use by allowing the applications to be automatically shutdown and restarted. Unfortunately this requires the programs holding files to be Restart Manager aware. So for programs that can not control where they’re loaded it would make sense to have the file removed after the restart. The uninstaller can prompt the user to restart. This leaves the choice up to the user. Programs that use Windows Installer have this automatically done for them. 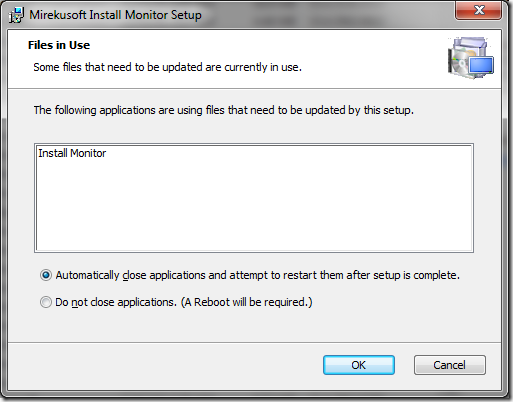 NOTE: For most standalone applications there should almost never be a reason to not be able to uninstall without a reboot. If the user is inadvertently still running the program it should prompt the user before shutting down the program.

HELP! The Uninstaller is Deleting Itself

Another problem that arises is when an uninstaller tries to delete itself. Oftentimes, it results in the uninstaller prompting for a restart.

Possible Solution: One way application developers can avoid this is by using Windows Installer.

How Does Install Monitor 2.0 Reduce Restarts

Install Monitor can actually help in many of these scenarios. After Install Monitor runs the uninstaller for a program it will automatically attempt to perform some of the deletions that the program could not perform. In many cases like the case of uninstaller that cannot remove itself this is enough to remove any remaining files. However, you can always return to remove the items left by the program at a later time.

Additionally if you run the uninstaller with Install Monitor it will prevent the uninstaller from automatically restarting the computer without your permission. This helps against uninstallers that do not give you a choice in whether to restart like in the example below.

This feature known as Restart Monitor is more robust in the next version. This is another example of how Install Monitor puts you back in control.

7 thoughts on “Do you still restart after uninstalling?”